We kicked off the session on waves and sound in Purvafairmont today.

Started with a movie on creating sound effects. Foley teams. Wonder why they need to create sounds for rain, horses and walking in snow. Interesting thing to debate with a child.

Here is the video on Making of Sound. We then had each child collect interesting items and create new sounds with those.

Amazing creativity and imagination. Foley would be proud !!

We followed that up with a Mexican wave and some general discussion on waves. 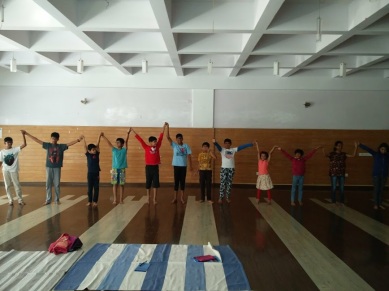 Through the debate it became clear that the wave here is just a disturbance that is travelling … while the medium (kids) just vibrate in the same place.

The energy is transmitted as a wave. Nothing physical is actually travelling here.

We talked about all kinds of waves. Waves in oceans, with sound. Even Gravitational waves !! We awarded a Nobel prize to each other for demonstrating space time fabric with a carpet and a ball. LIGO team would squirm !!!

As usual, we also made a lot of sound. 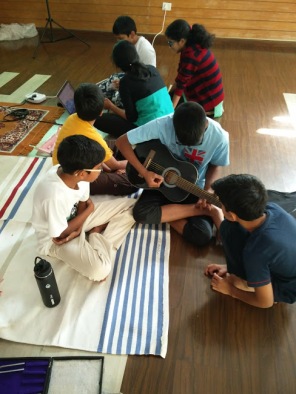 This fantastic simulation develops the intuition for interference in waves. Also bring alive the concepts of frequency, amplitude, velocity, tension, damping and the medium. Wish we were taught like this in school.

The reward of exploring all of this was to play with a tuning fork and touch the tip of your nose with it. Some kids licked the tuning forks. 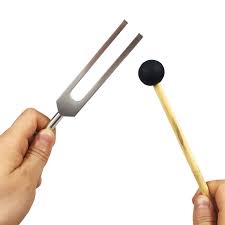 Can’t wait for next sunday.